skip to main | skip to sidebar

"A rapist creates an opportunity that allows for a situation where there is privacy so that his control over the victim is complete."

"...in most cases rape is well-planned and a considered act. The rapist actually enacts the rape in his mind for many times before he actually carries it out; the opportunity in most of the cases is created by manipulating situation carefully."

These quotes are from an excellent article in India Today: The Iceberg of Rape. (Thank you Annie Paul, for drawing my attention to it.) 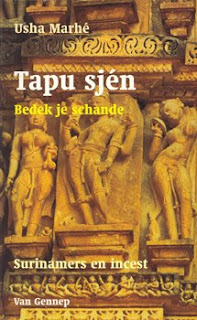 In 1996 my book 'Tapu Sjen/Conceal Your Shame' about incest among Surinamese people was published. Incest is sexual abuse by family members or other caretakers who can be considered family. In this book victims of Indian, African, Chinese and Javanese origin tell their stories. I myself suffered from incest, which is the reason why I had so many questions. Nobody could answer them, so I went searching for answers. I wrote those answers and the stories I found along down in my book, breaking the taboo about this subject in the Surinamese society with it once and for all.

Through study and lots of interview I came to the same conslusion as stated in the article: with incest (sexual abuse) the abuser creates an opportunity that allows for a situation where there is privacy so that his control over the victim is complete. And in most cases rape c.q. incest is well-planned and a considered act. The abuser actually enacts the abuse in his mind for many times before he actually carries it out; the opportunity in most of the cases is created by manipulating situations carefully. The article in India Today also states that in 'as many as 90 percent' of the cases of 'Date Rape the victim is known to the rapist'.

Make no mistake about this, always keep in mind when you read about sexual abusers: creates an opportunity and well-planned and a considered act. Because people don't believe this or don't want to see this, they silence themselves and by doing that, they protect the rapist instead of the victim. They rather acuse victims of enabling the abusers, because it is easier handling somebody who is already victimized. As a society, we thus enable sexual abusers to do what they are addicted to and want to relive time after time for the high they get out of it: dominate and control others, destroying their lives and spirits.

Do you want to be a part of the problem or a part of the solution? Then stop enabling sexual abusers, as university officials are reported to be doing in this article in The Australian: Women in jeans no-no on Kanpur campus! Quote: WOMEN students have been banned from wearing jeans in India by university officials who blame Western dress for rising incidents of sexual harassment and assault. "We found the offenders mostly target girls in jeans. (The decision) was necessary as we keep receiving complaints from parents and students who expect us to act against the offenders," said Dayanand Degree college principal Meeta Jamal. "We inform the police about the incidents but the college's authorities have jointly decided to refrain girls from wearing jeans or using cell phones on campuses."

Duh... How stupied can one be? This is a perfect example of blaming the victim and enabling sexual abusers.

Luckily, there are smarter persons walking around too. Quote: "Simpy Sinha, 27, said she suspected a political motive in the harassment in Kanpur, similar to the annual campaign by Hindu nationalist groups to prevent Valentine's Day celebrations. "These people, they just try to create some havoc to get attention. Why not tell these boys not to leave their houses after 6pm?" she said. "Even girls wearing salwar kameez (long shirt and pants) or saris get raped."

Educate yourself and help spreading awareness. Because this is a big problem in our world. If in the United States, a country considered to be modern, democratic and leader of the 'free' world, 1 out of every 4 women has been/is sexually abused, which is the tip the rape-iceberg in that country, ask yourself: what is happening in the rest of the world?
Gepost door Usha Marhé - schrijfster/writer op 17:24

Usha Marhé - schrijfster/writer
Wat ik heb gedaan en doe om te uiten wie ik ben en wat ik denk, kunt u lezen op www.ushamarhe.nl, en vanaf nu ook via artikelen op deze Blog, in zowel de Nederlandse Taal (NT) als in het Engels (ENG). ● What I did and do to express who I am and what I think, you can read on www.ushamarhe.nl, and from now on also through articles, on this Blog, in Dutch (NT) and English (ENG). ●

Dear visitor, I use this Blog as a digital Usha-paper. To share the things that I observe, things that move, surpise, touch me and make me grow. Children and stories are witnesses and confessions of the time we live in, an exciting time that for centuries will be talked about. While other people leave tracks of their excistence behind through the lifes and DNA of their children, I leave my tracks and testimonial behind through my words, sentences and stories. Read, watch, experience, enjoy and grow with me. Salaam, Nemeste, Odi, Regards, Usha #

Hindustani of the Year 2007 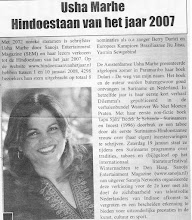 Election in search for positive rolemodels for younger generations

'DULARI - The Road to My Name' 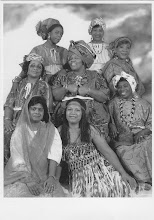 Dutch Postcard, from the '80s 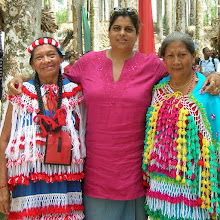 On the National Day of the Natives in Suriname, August 2007

For sale along a road in Suriname